Another important lighting design technique is deciding how you will control your lighting scheme.

Lighting control systems can range from the humble switch to a wireless whole house control system.  Let’s go through the options and ideas. If you plan to control your lighting with traditional switches, think carefully about the switch locations.  The page on lighting symbols has more information on this and explains how to read lighting plans.

If you use some of the ideas in the lighting design pages you’re likely to have a more elaborate scheme than just a ceiling light.  For example a living room lighting scheme may contain several circuits:

This living room arrangement would involve 5 switches.  It makes sense to have them controllable from near the light source and near the entrance to the room.  That means 5 switches on a plate near the entry.  It’s worth spending some time to think about the layout of the switches so that it will be reasonably intuitive to figure out which light switch deals with which set of lights.  You might consider grouping 3 switches together for the fireplace lighting (shelves, picture, floor) and the other grouping to deal with the ceiling and lamp circuit.  Switch plates don’t tend to have labels.  I once saw a light switch plate that had been engraved to say which light source each switch related to.

Another thing that’s worth including in a switch lighting control system is dimmer switches, at least to some rooms.  A dimmer switch allows you to control the amount of light coming from a fixture to suit the mood you’re trying to create.

There are three kinds of dimmer switch: Timers are very useful for setting up a lamp on a timer to come on and off at a pre-programmed time to act as a basic security system, giving the impression that someone is home.  But why not consider using timers on some lamps or lighting circuits all the time.  What could be more welcoming that having a soft light in the entrance already one when returning home from a hard day’s work? 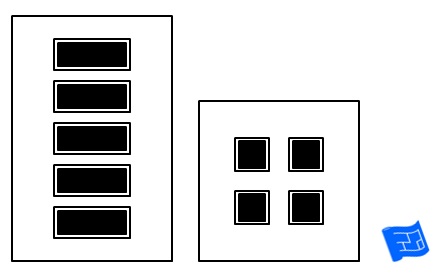 Wired in or wireless

Lighting systems can be wired in or wireless.  In a wired in system every lighting circuit (and perhaps circuits for other systems) in the home is wired back to a central computer which stores the instructions for lighting modes.  The system is then controlled from wall panels, or perhaps from a remote control or wireless control, maybe even a smart phone app.

In wireless systems, the light fixtures themselves are wireless and communicate over a wireless protocol over the internet.  These are typically controlled via a wireless control or smart phone app.

One way to save energy is by thinking about which light bulbs are used in your lighting scheme.  The other way is to make sure light sources aren’t left on.  There are a few ideas you can incorporate to try and avoid lights being left on.

A movement detector can be used to turn lights on when someone enters a room, and turn lights off after no movement is detected in the room after a certain amount of time.  This arrangement can be useful in children’s rooms.

A passive infra-red detector (which detects heat) can be used to switch lights on when someone enters a room and then turn them off after a certain amount of time.  This can work well in entrance spaces.

A photo-cell (which detects light levels) can be used to make sure that external lighting is turned off during daylight hours.

A ‘kill all’ switch can be used to turn off many other circuits might be useful at the entrance so that all lights can be turned off by one switch if desired.   In a conventionally wired home this would require quite a bit of extra wiring.  With the more modern control systems it would be possible to control and change which lights were included in the ‘kill-all’ switch.

So that's all on lighting control systems from me.  If you want to look in more depth at this topic the Lighting Controls Association website is worth a visit.

More Home Lighting Design for you...

You might also enjoy reading these other pages on home lighting design.